What did the audience think at the online premiere of Impact50? Last Saturday we hosted the private online premiere of Impact50… At first I thought turnout was low as the softeware reported only 35 people were watching. That turned out to be 35 people who were logged into their accounts on YouTube at the time! When we got the numbers back from Youtube we discoved 2,400 people actually watched. AMAZING!

‘It’s a triumph! Tears and laughter. I need a cuppa to process it all. And I really needed those moments of joy – the wonderful old couple, the dancing officers – for a break from the sobbing! Huge congratulations to all the team.’
Vicky Ellis

Many stories, interwoven in a well-crafted way. I wondered if being unable to follow any one character’s story closely would dilute the emotional effect, but it in fact does the opposite. The multiple threads & viewpoints conjure up a picture of a whole world, ending. A moving experience and one that will stay with me for a long while.
Denise G

‘A great range of worlds, stories and characters, some terrific creativity on display. We loved the diversity of people and locations, a film by and for people worldwide and there was some excellent cinematography too. The edit was terrific. The way you interwove the different stories kept us engaged and drove the action on. Adding in familiar sounds (like helicopters and fast jets) to the different stories helped to reinforce that continuity and momentum.’
Anthony Etherington

‘Wow. Just Wow!!!! Just stopped wiping my tears. What an experience. It was wonderful to see work that I had read as scripts or seen early test footage for now in their final form. And it was wonderful. The Create50 team has done an amazing job weaving this films and images into an emotional rollercoaster that really flowed. WELL DONE!!! And to the writers, crew and actors. What a great job. Most of the work was in close and personal with deep emotions shifting through it. Nothing to be hidden. And they pulled it off. Soooo impressed.
Rachael Howard


Bravo all. Was great. Loved the variety of the stories, characters and locations. Hope you’re all super proud of yourselves!
Alison H


Congratulations everyone for this great achievement. Had a pleasure watching the film for the second time 😘 have a good night and hope you don’t see any nightmares about the end of the world )
Enni Red

Powerful editing beautifully entwines the stories and the individual characters reactions to the end of their lives into a moving and shared experience.
David Ian Hardwick – Executive Producer

Best wishes and big hugs to all for a fantastic achievement, and especially to Chris and the whole Create 50 team for making such a fab opportunity available.
Michael van Koetsveld

‘Thanks to you and all the creators of this wonderful film! It’s amazing how timely is the moment of it’s release. Right now, when thousands of innocent people are dying, cultural heritage is being destroyed, when for many people every minute can be the last in their lives, “The Impact” is very relevant. I perceived this film as a call to humanity: “Take care of every minute of life, take care of each other, take care of our planet Earth!”. Thank you for the strong emotions, for giving us the opportunity to look at ourselves from the outside.’
Tatiana, Saint Petersburg, Russia

Great job cutting these together! Loving seeing all the work come together after reading the scripts way back!
Dana Pierre

Wonderful stuff, love and congratulations to all involved, and huge thanks to Chris and the core team that made this happen.
Liz Holiday

Impact 50 was so thought provoking- it left me wondering what I would do in my final hours on the earth! It wasn’t sure how it was going to work with so many people contributing parts to a film but it was cleverly put together.
Alison

Our planet does face challenges with climate change and there’s always the threat of nuclear war. People need to do better. This film showed that the loss of mankind would be a real tragedy. It showed us that people can be better, with so many of these final acts, acts of love.

I really enjoyed the film and found a lot of the story very emotional, though this was balanced with lighter moments. We all face the prospect of death, of ourselves and our loved ones, but it’s particularly tragic to accept the loss of life in our young so the storylines involving parents facing this while protecting their children from this knowledge were poignant, like the father throwing the last party for his daughters. Or the rocket film. I loved the line where the father tells the boy it’s just the engines starting.

In fact, the films showed, when faced with disaster, it was these final little acts of kindness that showed our humanity. Another was the sheep farmer who hasn’t replaced the radio batteries. I’m not a hundred per cent sure but think he removed them so that his wife would be spared the catastrophic news. The nurse of Ebola patients also stood out. As did the rugby guys who helped the patient. The story of the 150 year old school illustrated just how insignificant mankind is in the great scheme of things and it was tragic to realise all that knowledge and culture developed over centuries could be simply wiped out. The pianist echoed that too.
Harriet Barbir 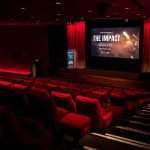 What writers will get from attending The Impact premiere? By Ben Marshall 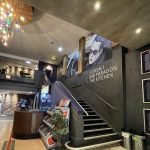 The Impact… Finally on the BIG Screen! 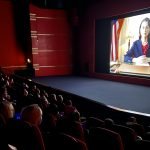 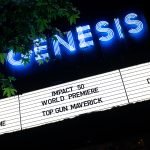 Impact50… The Premiere and Beyond… 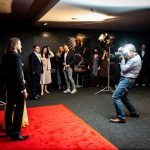 Behind The Scenes at the Impact50 Premier and Awards Photos