‘The Impact’ is the result of a collaborative filmmaking initiative run by Create50. The feature film is comprised of thirty-seven short films made by various filmmakers from around the world. (IMDB)

What would you do if you had just over 90 minutes to live? Would you go crazy and run amok? Rush to be with your loved ones? Call up old friends or go looting and behave as if The Purge was real? Hopefully none of us will ever be in that situation, but this is the exact question posed by THE IMPACT, a new film from CREATE 50, a London Screenwriter’s festival Initiative led by filmmaker Chris Jones.

CREATE 50 has produced a number of works that bring together creatives across a variety of mediums to deliver content that is truly collaborative. Twisted 50 collated 50 short horror stories from new and established writers, while 50 Kisses produced a film that explores the most intimate of connections: the kiss.

The Impact, born out of the Impact50 initiative, brings together writers, directors, producers, actors, cinematographers, musicians, and make-up artists across multiple explorations of the human race’s last 90 minutes on earth.

In a similar way to Don’t Look Up, The Impact’s premise involves the discovery of a new asteroid that is on a collision course with Earth. However, unlike Don’t Look Up, which explores the reaction of the world’s governments in a humorous and satirical way, The Impact takes a more personal, introspective view of the impending disaster.

Opening with an address from the President of the United States (Olivia Williams) we learn of the approaching planet-killer and the hopelessness of survival in a segment penned by none other than Joe Esterhaz. From here we move up into the International Space Station and meet the astronauts who discover the approaching space debris and realise the horror of the situation. 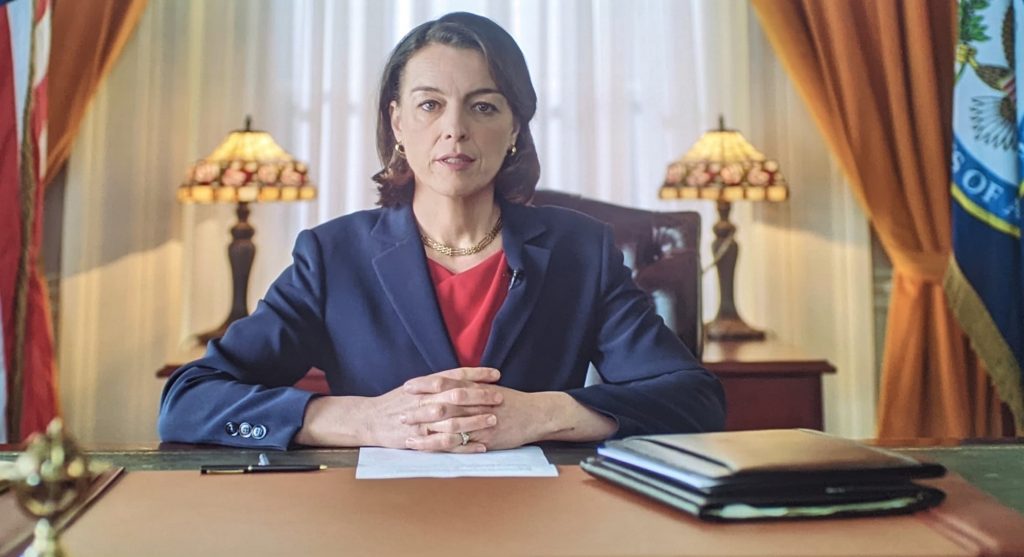 It’s then back down to earth as we experience the last breath of planet Earth alongside its doomed inhabitants. We share quiet and intimate moments with families spending time with their loved ones; we experience the heartbreak of those who cannot make it home; the resignation of those who have already lost the ones they love; the hard decisions some must make, and the secrets that many will take to their graves.

While Don’t Look Up took a more comical, ‘arms waving in panic’ approach to our impending doom, taking a very unsubtle swipe at political incompetence, The Impact is more restrained, more reflective in its approach. It reminded me of Warning another anthology with an impending disaster in the background (albeit with fewer stories!) and Love which explores the impact on the last surviving human aboard the International Space Station after a planet-wide disaster. Like these films, The Impact takes a more reflective approach and explores the minutiae of daily life as it is disrupted by the biggest event that anyone will ever experience. School kids going about their daily routines and dealing with their first crushes are suddenly thrust into a terrifying new world; mothers play games with their children while hiding the truth from the little ones and old friends and enemies revaluate their lives and relationships.

What would you do?

The Impact gives you the chance to contemplate this and experience the end of the world vicariously through the characters in these short films.

As such you are in for a hell of a ride.

There is a lot of variety here and while I was concerned that so many short stories, one after the other in a two-and-a-half-hour film would become monotonous, I was pleasantly surprised. Rather than a sequential telling of one story after another, The Impact cleverly weaves 3 or 4 stories together at a time, cutting between them, sharing themes, and supporting each other. This means that no story “drags” and there is an element of intrigue that builds as you cut from story to story. And there is something for everyone here and each viewer will find a story or situation, character, or theme that they identify with, that will hit them hard.

However, this strength also presents a potential weakness for The Impact; a weakness shared by all anthologies. Any anthology you watch or read will contain stories you love, and some you don’t. In some cases, you may even find tales that you hate. It is the curse of the anthology. When you throw 37 stories from 37 different film crews and teams into the mix, you are not going to hit every time for every viewer.

Having said that, I enjoyed all the stories that unfold within The Impact. Some made me smile while others brought a tear to my eye, and a few elicited a knowing nod. Only 1 or 2 didn’t resonate with me as a viewer and I felt they could have been taken out to bring the running time down, but without damaging the overall feel of the film. I am not going to be so crass as to highlight these tales as they will undoubtedly be another viewer’s favourites, I am just highlighting that, over the course of nearly two and a half hours it is likely that you too will find a couple of tales that don’t ‘do it for you.’

They certainly weren’t ‘bad’ films, just not for me.

I guess I am driving this home as there are no other real criticism of The Impact that I can think of. This is a low budget film and, as such, some of the entries feel a little rough around the edges and some effects could be better, but I suspect the opportunity to film in a weightless environment would have blown the budget tenfold!

It is probably possible to dissect the timelines and whether each film matches the timeframe of its fellow segments, or to question whether we would ever be in a situation where a planet-killing asteroid was only discovered 90 minutes before impact. But that would be to miss the point of the film. This isn’t science. This is emotion. The Asteroid is almost immaterial. It is the catalyst that offers this opportunity to explore human nature, dissect what family, friendship and faith mean for us. To nit-pick would be to cheapen that success. Just to get technical for a moment… I watched The Impact on a projected 84-inch screen in upscaled 4k with a faux 7.1 sound field extrapolated from a stereo mix. The amp did a good job of splitting out the channels and adding depth to the soundstage in scenes that involved rain, for example, helping to envelop the viewer in sound and pull them into the image. I can imagine that the final soundtrack will be impressive for those in the cinema. Although he majority of the sound is made up of dialogue, the soundtracks used in each segment lend heft and emotion to the stories being told.

The picture quality varied a little from story to story but not to any extent that would damage the enjoyment of the film; they were never hard to look or distracted from the experience. Again, I can expect this will look fantastic on the big screen. I am aware that the review screener is not 100% complete and there will be some additional tweaks before it is shown at its premiere.

Overall, The Impact is nothing short of an experience and an amazing, record-breaking achievement. A triumph in fact and everyone involved should be very proud. To have brought together such a large number of film crews to produce 37 stories and put them together in one account of the end of the world is utterly incredible. It is likely that there will be segments that don’t resonate with every viewer, but that is okay, this is about the whole, about the emotion and the message that comes across over the course of the movie. The Impact takes you through the full range of emotions and, if you don’t find yourself with tears in your eyes or with goosebumps on your arms at least once, then you must be dead inside. And that is where The Impact is a success, it is an emotional rollercoaster that, while it sometimes feels depressing, also offers hope and positivity, showing us what humanity is really capable of in times of need. 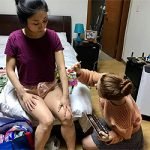 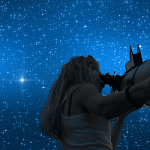 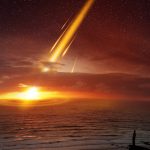 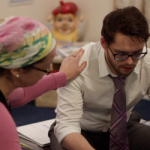 1 thought on “The Impact, review from Dark Mark Writing”