Prepare for The Impact… Feature by filmink.com.au

The crowd-created feature was eight years in the making by sixty-seven writers and thirty-six directors (both world records), including Australians.

If the premise of Don’t Look Up had you hooked, then The Impact – about a meteor strike heading for earth, giving humanity 2 hours to live – will have you on the edge of your seat. But unlike the star-studded Netflix behemoth that divided critics and audiences, The Impact was made for less than its proverbial catering budget, though it does feature a screenplay by one-time highest paid screenwriter Joe Eszterhas and stars Olivia Williams.

“Both Joe and Olivia had been to the London Screenwriters’ Festival,” says The Impact’s main wrangler Chris Jones, who directed the Eszterhas penned script. “I just straight up asked Joe, and he wanted very much to help and nurture new talent. So, he wrote the script and sent it in. Then asking Olivia was easier as she was doing a script by Joe Eszterhas. She did have one demand which was that we had a truly diverse cast and crew, which we already did simply by asking the best people we could to participate.”

Back in 2015, the London Screenwriters’ Festival called for screenplays as part of their Create50 initiative. They received 2800 scripts by the early 2016 deadline. 50 screenplays were ultimately selected, which were released to filmmakers, calling for films to be made from them, some of which would then be included in the final film. Over 100 films were ultimately made and submitted, one directed by Australian James Lingwood.

“I was approached by my Producer colleagues, Penny Wall and Richard Stewart of Common Thread Entertainment,” says Lingwood. “I read the script and asked if it would be ok to make some changes and also to use my own choice of actors and DP.” 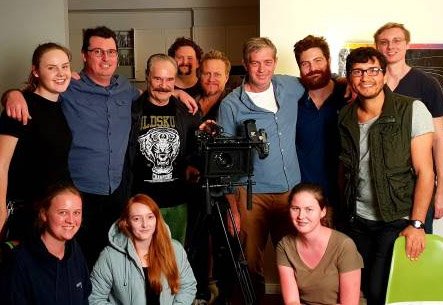 “I’m just always thankful to be working as an actor,” says US expat Joey Vieira, now based in Queensland, and coming up in key roles in Black Site, We Will Be Monsters, Spiderhead and True Spirit. “Taking risks and being asked to jump on a project where we get to collaborate with creatives from around the world… it was an honour to work with this team. Also great to finally work with the talented Ron Kelly!”

“I workshopped the script with Joey and Ron,” continues Lingwood about his contribution to The Impact. “They needed to find ways to engage with their characters who both had completely opposing views about publicising the fact that the world was going to end. As prominent astronomers, one wanted to let the world know what was happening, so that families and loved ones could spend their last precious hours together, whilst the other was mortified by this disregard for humanity and insisted that it would lead to pillaging, chaos and madness in the streets. These opposing viewpoints set up the perfect conflict, as both aggressively argued out their respective cases.

“We filmed these scenes and a family reunion over approximately 10 hours. Everything went smoothly as we had rehearsed the scene extremely thoroughly. The crew were all wonderful – Penny and Richard put together a great team. Dan McArthur, Director of Photography created an immersive and threatening atmosphere while Bethany Cole made sure the shoot went without a hitch and Bob Blasdall edited the film seamlessly.”

The aforementioned film written by Joe Eszterhas was an afterthought, in order to tie all the films together, something that is done ingeniously in The Impact.

“It was finally cracked in January this year,” admits Chris Jones. “It was fascinating how once we locked into the idea that we would only intercut a few films at a time, how we could find stories that naturally grouped through theme, or tone, or structure.”

Working on it for so many years, was Chris Jones surprised to see the similarly premised Don’t Look Up pop up during post production on The Impact? “I thought it was OK but personally would like it to have been even more sharp edged. Our film is of course very different. It’s an intimate and compacted view of the biggest event in human fictional history.”

The Impact will premiere in London on May 31, 2022, where the best screenplay will win the Final Draft Meteor Award… an ACTUAL meteorite!

For more information, heard to https://impact50film.com/ 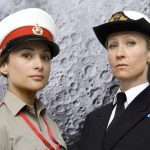 Four Star Review of ‘The Impact’ with Film and TV, Review by John Higgins 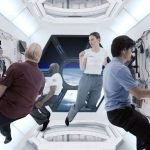 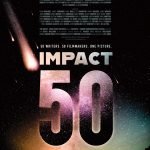 Wonderful write up about Impact50 from Pamela Perry 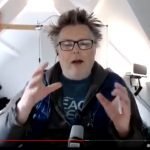 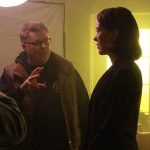