Dee Chilton And The Beginnings Of ‘The End Of The Line’ 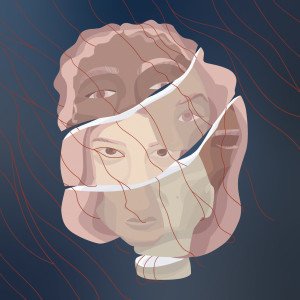 I’d never really thought about writing audio drama before the producer of ‘The End Of The Line’ asked me to write a navy-themed episode, which I knew to be a wonderfully crafted and thought provoking podcast series of: ‘Powerful stories about how we treat women who don’t have kids’.

At that time, I’d already listened to the fabulous episodes then available as I’d met Mark Heywood (writer/director/producer: InkJockey) in person before, via a mutual filmmaker friend who was the director of my navy-themed short film for the Create50 ‘The Impact’ feature. This highlights the immense value of writers networking with other filmmaking creatives and indicates how a mixture being your authentic self, with some good timing and a bit of fate thrown in, can lead to unexpected but very welcome great collaboration opportunities and creative relationships for the future.

I was immediately drawn to the idea and *JENNY soon began shouting at me. Her words flew from my brain onto page in quick time. Her views are those of a fictionalised ‘distinguished Naval Officer who speaks in truth bombs’ (I was never that senior in rank!) based on my own experiences, influenced by up-to-date research and stories shared with me in private by veteran and serving military women. I used all of that to strengthen my initial rewrite and then, with expert guidance from Mark, our subsequent revisions were made together. We soon had a script we both loved. Mark then took that and, with his team, cast Helen Belbin, then recorded, edited and crafted the final version that aired last week. I’d not heard it until then but was chuffed to hear how fabulous Jenny/Helen sounded.

Feedback from listeners of all genders and walks of life has been brilliant, and it was lovely to see Mark’s tweet that our new episode broke the record for day one downloads for the series: I believe that is because Jenny’s words resonate with many women, and indeed men/any gender, across all walks of life. (https://twitter.com/end_line_story/status/1550114484236128268)

The series is available wherever you get your podcasts but here’s the website: https://www.theendoftheline.co.uk.

Any RTs/shares about the series on Twitter/other SM and follows on @end_line_story & @inkjockey social media would be much appreciated, as that would help team Inkjockey, who are a super-supportive ‘new/emerging writer friendly’ creative team, to reach as wide an audience as possible (as this series deserves to).

And on that note, Mark has asked me say they are always looking for new stories, that this is a paid commission – and they are open to writers of all genders. If after listening you have an idea for an episode you might want to pitch, he asked me to share a link to this guide to pitching your ideas: https://express.adobe.com/page/GYWkzlBsPrTQP/

* For those not aware ‘Jenny Wren’ was the traditional nickname for females in the Women’s Royal Naval Service (WRNS) – a name often still used even though women are now fully integrated into Royal Navy alongside their male counterparts.

Dee Chilton originally trained as a photographer, teaching and working on visual projects whilst helping to write, film and edit live action and animated films. She later joined the Royal Navy to travel and ‘see the world differently.’ After leaving, she reconnected with her creative roots and is now a represented Screenwriter and Military Adviser & Liaison for Film and TV. She enjoys writing for any gender and/or diversity of character but is drawn most towards strong, believable women faced with tough choices who feel ‘real’, intriguing and complicated. 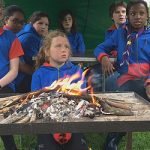 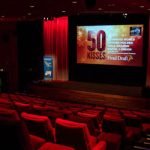